What I didn’t realize until I moved to Bra, is that for my entire life, I have lived on the water. I grew up in Connecticut, on a sailboat in the Long Island Sound, and spent summers in Michigan on a lake that appears to be ocean. When I moved to San Diego, I rolled out of bed and onto Mission Beach, until I landed myself on the island of Manhattan, where I resided until about five months ago. Upon arriving in Piemonte, the land of meat, cheese, and wines that are served best with carne cruda and pasta, I quickly realized that fish was not going to be on the menu. For this reason, last weekend in Vernazza, one of the five charming villages of Cinque Terre, was an absolute seafood extravaganza. From mussels stuffed shut with cheese and breadcrumbs, to an anaphora filled with an entire lobster and more clams and shrimp than I could count, we enjoyed the gifts of the sea from Monterosso all the way to Riomaggiore. Somehow each of these delicacies made me feel at home, evoking food memories like that of Ego in Ratatoulle.  The dish that affected me most was the simplest of our fare at Tratorria da Sandro in Vernazza. A beautiful swordfish filet, perfectly grilled and served with only lemon was just the way my dad made it growing up. As it melted on my tongue, my mind flashed to Pagano’s, the local fish market to which I would trek with my mom every week growing up. I remembered the strange smells and the wet floor and grabbing a lemon from the callused hands of the fisherman working there. I would beg mom for shrimp or crab cakes or something else familiar in the vast case and then we would head home to grill and eat on the patio in the sticky heat of summer. A bit different from our first night in Vernazza, but somehow I felt very much at home in the cave-like venue of Trattoria da Sandro. Isn’t it funny how food can do that to you? 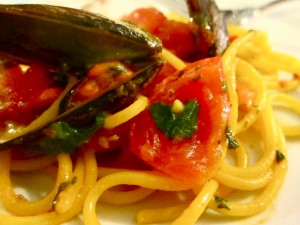 We arrived in Istanbul, early, barely, and still slightly intoxicated from the night before (okay maybe, that was just me and Charlotte). Most importantly we arrived, and to a city unlike any I have ever visited. After a treacherous cab ride (which doubled as a lesson in Turkish) and an aggressive uphill walk to Galata Tower (well worth the sweat), we were front and center, looking out over the “City of the World’s Desires” from the most perfectly positioned rooftop imaginable. After just one week, there are a million things I could say about Istanbul, the fascinating division of the neighborhoods, the seemingly constant call to prayer, cobblestone staircases layered with cats on every available inch, the commonplace of Çay and dense kahve, and of course the intoxicating aromas of exotic spice.

But of all these new and wonderful surroundings, the energy is what overwhelmed me. People were so amiable and intrepid in their ways; it put me constantly at ease. From our cab driver, to the strangers on the street we asked directions, the residents of Istanbul have heads on their shoulders that they would rather lose than be unable to help you in some way. To that point, I am certain that the chefs and food gurus we encountered were made successful by that very self-assurance. Each one had faith in their trade, be it blogging, running a restaurant, harvesting honey, or cooking on television. Each one did it their way, followed their heart, and found their own perfection while refusing to let anyone tell them differently. But even more generally, I felt that poise and conviction throughout the city, in kind gestures and pleasant glances. Blame the constant caffeine intake of an hourly Çay mixed with the pleasant diet of Mediterranean perfection – or maybe the rare drizzle of rain that was indubitably blown away and followed by sunshine and blue skies. Whatever it is that makes you hum, keep it up Istanbul, you won our hearts until next time. 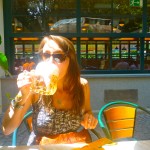